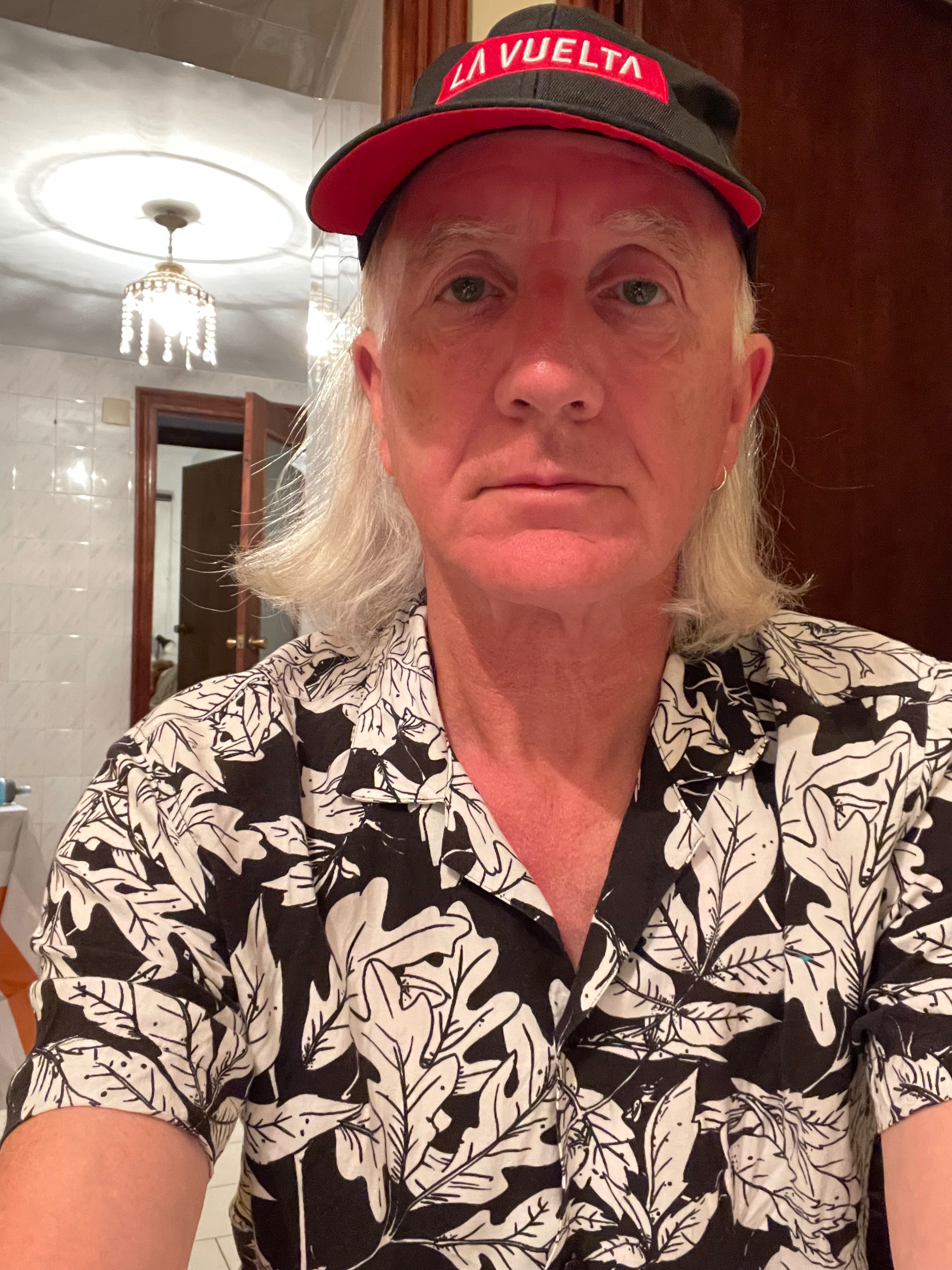 Hi Vincent O’Brien, thanks for joining us! Let’s get into it:

Growing up in the 60’s as a migrant Irish child I felt most at home with American music songs of peace love and protest.

Lived in many different places in England over the years (London, Bristol the West Midlands and the North West). I was lucky enough to be able to travel and work in may other countries too. Now I’m based in Manchester but travel up and down to London fairly regularly.

I started playing guitar when I was 13 inspired by watching the Beatles and stones on top of the pops. But very quickly moved on to listening to blues (Robert Johnson, John Lee Hooker, Muddy Waters etc) as well as Neil Young, Captain Beefheart, Ry Cooder, The Band….. I started writing my own songs more than 25 years ago but only got the courage to play them solo about 7 years ago. In the last 5 years I have completed 5 albums of original songs. I also play guitar and lap steel in a couple of bands too.

Blues: I started listening to blues when I cam across Robert Johnson, Howling Wolf and Muddy waters in the lcal record libabraty when I was about 14. I was fascinated by the guitar sounds they made that was so different to anything I had ever heard played by white musicians. So emotional powerful and expressive.
Folk, Country Rock and alternative music of the 60’s and 70’s (Neil Young, The Grateful Dead, Captain Beefheart, Ry Cooder….) Listening to this music over time helped me to understand song structure and inspired me to explore a whole range of musical styles that these artists used for inspiration.

I tend to write down brief song ideas, phrases etc as I go along. Sometimes I wake in the middle of the night and try to write down what I recall from a dream. These words then sit on my phone or computer and when I have my guitar with me I grab some of the words. Occasionally I have a more or less fully formed narrative (usually some kind of social commentary) that turns into a song. I write music and lyrics at the same time just repeating musical phrase that sound interesting until I have a verse I can work with. Currently exploring flamenco guitar styles and wondering how that might be filtered into my next songs.

Moved to Manchester where there are 4 music schools and lots of open mics.

Listen to what other people are doing and try to spot things that work and things that don’t. For example: introduce a song with a reference to something that flows into the narrative of your song but don’t tell the story until you are singing it. Never say ” this is a new song so I might mess it up.” It will always be new to an audience that have never heard you before. If you tell the audience that you think you will make a mistake they will be waiting for it to happen. If you make a mistake just laugh make a joke and keep going- or start again if you are at the beginning of the song/verse.

Not knowing if the PA will be good enough for me to get the kind of sound I want. That’s why I prefer to play acoustic guitar rather than electric. Electric can sound so disappointing and dry f the PA is very basic.

I have played a good number of solo bar gigs in Belgium over the last few years and when I first went there I was worried that audiences would not be able to understand my lyrics or ‘jokes’ withing and in between songs. But it has always been really good even with language differences. People are listening for something engaging and that’s something that is a s much about the performance as it is about the lyrics.

My AGE!!! Though that seems to matter less to the audiences when they hear me perform.

I’m happier than most of my songs suggest!

Just finished a 5th solo album but I think the next one will be a little less singer songwriter and more Post Punk Americana. So simple, electric and maybe more experimental sounds?

We’re done! Anything else ou want to share before we go?