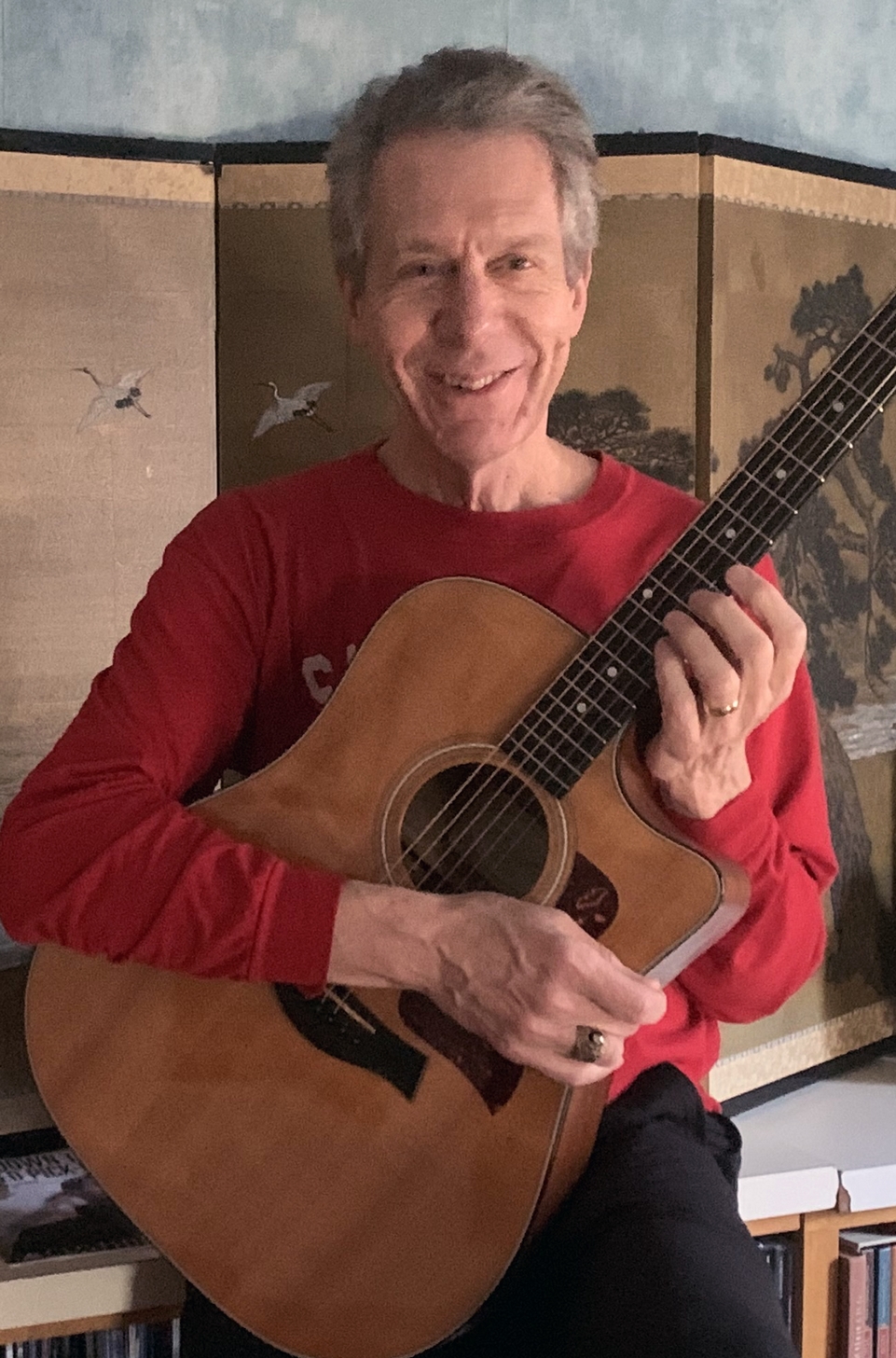 Hi John Randall York, thanks for joining us! Let’s get into it:

In every way. My dad was a pianist who played blues and church music by ear. My uncle, Gaylord Cardino from Baton Rouge, Louisiana, encouraged me to be a guitarist instead of a drummer (which I wanted to be at the time). I grew up playing in church, schools, parties, nursing homes, weddings, clubs, conventions, restaurants, coffee shops , anywhere, even a cattle auction and a zoo! I had the opportunity to jam with soulful, black blues players and colorful , old country and western pickers. I tend towards solo acoustic playing using a hybrid fingerstyle as I write my on songs and interpret other’s tunes.
I was also influenced by several British musicians: The Kinks, FREE, John Renbourn, Donovan and Steve Howe.

Tyler, Texas, “Home”, the first place I heard or saw anything.

I don’t really no. It seems to start by making up songs to entertain yourself then to express all of the emotions and experiences of life. At some point, maybe at about 11 or 12 years old, it became obvious that playing the guitar impressed girls, so that was an inspiration that continued through high school.

My father, my uncle, Local musicians, Donovan, The Kinks, Steve Howe, John Renbourn, Bob Dylan, Paul Simon, The Beatles.
My father and uncle because they demonstrated music, made it available to me. Local musicians because they were the the live, exciting sound heard at a party or playing on the parking lot of a grand opening of a store causing that thrill of live, amplified music .
The famous musicians i named had the power to “freeze time” in some special moment that branded itself in my mind forever.

Oh, man! I’ve been playing for over 50 years and making up songs all throughout that time .

Sometimes it has started with a poem or phrase I made up then I, sort of, read the words to myself in song. Sometimes I play and ad lib randomly recording it as I go, then, playing back I find little tunes and phrases in those recordings that haunt me and I revisit them until they become songs. Sometimes I can just take off and compose words and melody off the top of my head, a song mostly intact, though I will often add more verses later.

I started in Dallas, Texas at folk clubs like The Rubiyat, The Quiet Man and some others I can’t remember. As they became more common, like in my home town, they became a way to audition for a regular gig.

Try to relax and to play for yourself first. If the crowd makes you nervous try closing your eyes and enjoy the sound of your own performance. I think that is one reason many musicians perform wearing sunglasses.

Probably the advice I gave ,relaxing and performing for my self first, playing what I want to play instead of trying to be a crowd pleaser.

Well, this was a strange one. I and a friend played at a little bar and there was only one person there and he was roaring drunk! He stood right in front of us and waved a cigarette lighter back and forth, like he was a one man crowd, and he kept exhorting us “Don’t be afraid John! Don’t be afraid Phil!” I saw the same guy at a gas station later that week and he didn’t even recognize me (or pretended not to).

I’ve never seen any of the “Godfather” or “Rocky” movies or “Friends” or “Big Bang Theory” episodes.

Thank you for the opportunity to play at the Anchor Bankside Open Mic! I do have a question about the venue, I’ll be visiting London for only one week and will not have a guitar with me, I saw on your site that you have a house guitar. Can you tell me a little about it? I know it will work perfectly whatever brand you have, I’m just curious. Also, I don’t know if my profile image was a workable size, please let me know if I need to resize and send another. Thanks! John