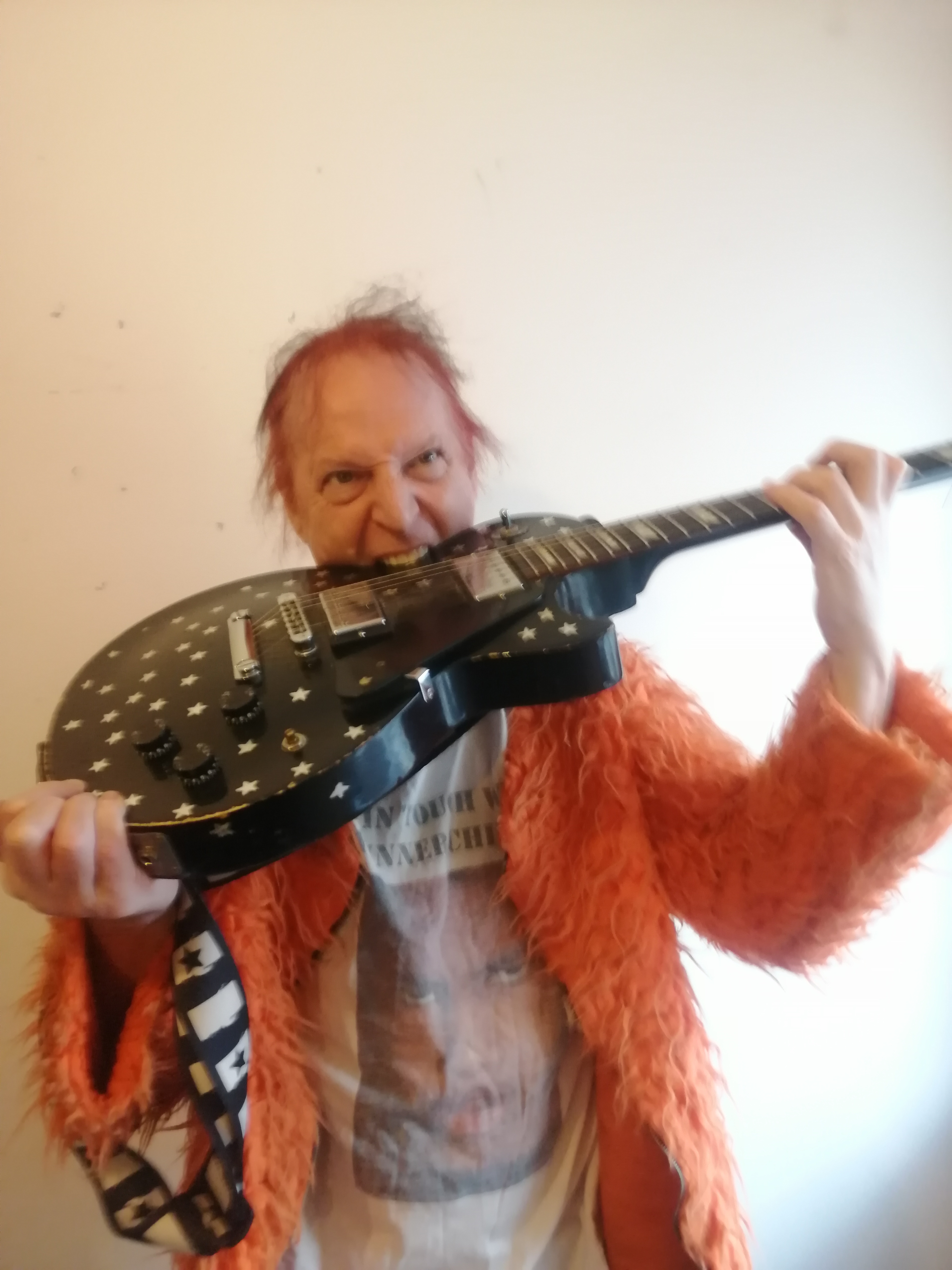 Hi Full Retard, thanks for joining us! Let’s get into it:

What’s the name of the group?

This is an aspiration but I’ve lived in Portsmouth and Birmingham and London.

Birmingham is not near the seaside which generated within me a penchant for the blues.

London because it’s nearer to the seaside and miles from Birmingham which is not.

I got such a mad buzz out of listening to some tracks that everything else just disappeared, including hours. They seemed like the ultimate expression of freedom and lack of inhibition. The best being a sort of magic, like being in touch with god or the universe or something.

1. Rolling Stones up to Start me Up. Songwriting talent and blues roots plus the sexually assertive, don’t give a fuck and why should they image.
2. Mick Taylor. AbsolutelySublime phrasing fantastic slide guitar.
3. Sex Pistols. Similar reasons to the Stones but born of an era when everything was going to shit. Resentfully declaring that you don’t have to be a product of the 1960’s boomer generation and be able to do a 10 minute guitar solo to be in a band.
4. Morcombe and Wise. Just love the vibe of ‘Bring Me Sunshine’. A great uplifting, friendly tune.
5. Burt Bacharach. Spot on melodies and fantastic arrangements. Full of passion. His instrumental versions of his own tunes are fantastic. He knows how to deploy the use of dynamics.
6. Rod Stewart and the Faces. Great tunes presented with casual verve and what a voice. Plus slide guitar.
7. Herbie Flowers and David Essex on ‘Rock On’. That song is a classic. Dave took a detour into excellence and fortunately Herbie was there to meet him.
8. Iggy Pop and the Stooges. Search n’ Destroy. James Williamson played on that. Sincerity to the core.
9. The Kingsmen. Louie Louie. Fantastic vocal performance. He was drunk and leant backwards looking at the ceiling to get that take plus an historic scratch your eyes out guitar solo that will be referenced in a thousand years.
10. Slade. Songwriting greatness. Merry Christmas Everybody, Coz I luv You, Mama Weer All Crazee Now, Cum on Feel the Noize, Gudbuy T’Jane…
10.1. I can’t do a top ten only… othes equally as good, T Rex, Booker T and the MG’s, David Bowie, Beatles, The Doors, Santana, The Hollies, Andy Williams, John Barry, Velvet Underground, Althea and Donna, Benny Hill, Freda Payne, Bob Dylan, Chuck Berry, Dave and Ansell Collins, Jean Jacques Perrey, Dick Dale, Eric Idle, Flora Adams, Gary Glitter, Harry Nilsson, Jerry Lee Lewis, Little Richard, Maxine Nightingale, Roy Budd, Symarip, The Piglets, The New Seekers, The Trashmen, Toots and the Maytals, The Meters, Matt Munro… plus

I teach guitar and backed up my students first public performances.

Don’t get anxious about the first 1000 shows number 1001 will be brilliant.

Once I was on a revolving stage and the other guitarist who was always out of tune got his lead caught up and severed. Delightful.

Getting reliable and talented muso’s on board on a zero budget.

I believe my dentist thought I was a vagrant because I pitched up straight from a Pilates class wearing a ragged bomber jacket and joggers. His presumptions were adjusted the next time we met which was at a Pilates class I was instructing. We had a discussion about who causes the most pain to their clients in a professional capacity.

We’re done! Anything else ou want to share before we go?